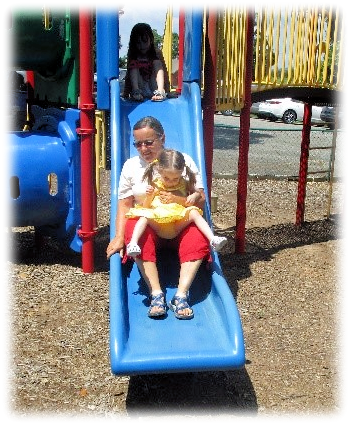 Judy is one of the founding owners of Mitchell’s Nursery. Judy takes care of ordering and filling orders, shuffling numbers and keeping everything in line.  When she isn’t at the nursery taking care of business she is … well, she is always at the nursery taking care of business. The Grandchildren get a portion of her time and that is the time that she LOVES! 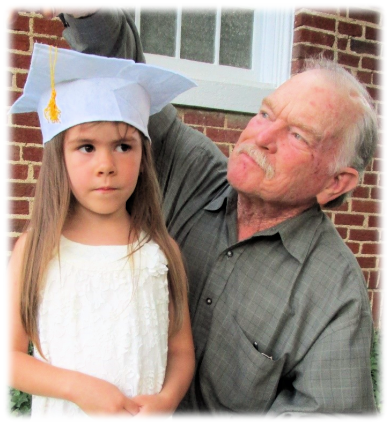 Jim is one of the founding owners of Mitchell’s Nursery. He is in charge of potting and deliveries. Jim is very involved with The Epilepsy Foundation as well as Boy Scouts. He is also a very talented singer with a gospel group known as Cliff Notes.  He also LOVES his time with the grandchildren. 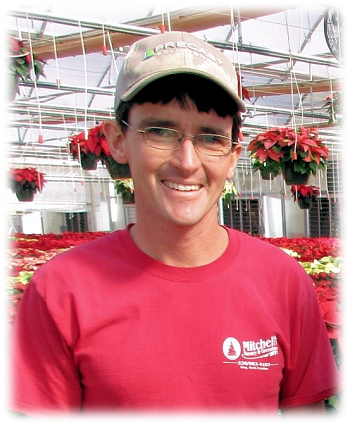 Jay is the second generation of Mitchell’s at the nursery. Jay came back home to help with the family operations after graduating from Forsyth Tech. Jay has taken over all aspects of irrigation, expansion, and greenhouse maintenance. He and his wife, Melissa, have begun the third generation of the Mitchell’s Nursery legacy. 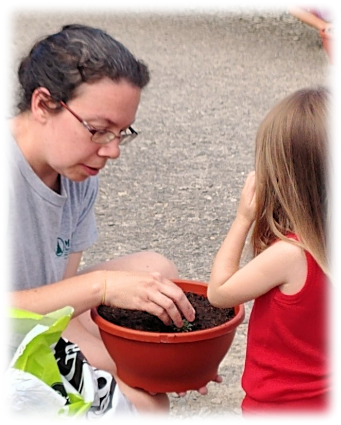 Melissa is an integral part of the behind the scenes things at the nursery. From making signs and printing entry forms for open house, to making bows and setting up things for various activities at the nursery. She is also our favorite Fairy Garden instructor! She is also a full time mommy to the four little members of the third generation of Mitchells. 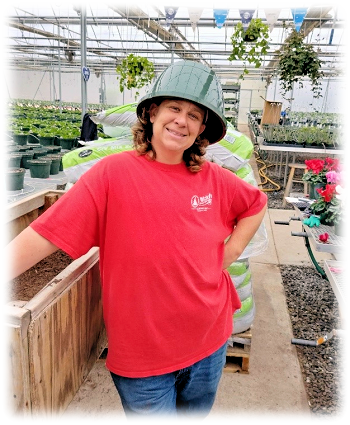 Lorie is our Landscape Consultant. She has been with the Mitchell’s Nursery team since 2014. In that time she has had many life-changing events. She was diagnosed with cancer and she also beat cancer. She lost her grandpa and several family members over the past few years but one thing she hasn’t lost is her passion for life. The one thing you can count on is that smile! Lorie is a customer favorite and is a guru in the potting shed. There isn’t much she can’t do except give up. She doesn’t have it in her to ever do that. Lorie enjoys time with her family and her dogs. She always has a kind word and a contagious spirit. 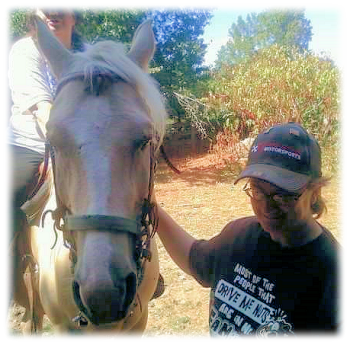 Linda began her journey at Mitchell’s Nursery in 2015 as a customer service associate and nursery tech. She graduated from Forsyth Tech in 2013 with an associates in horticulture. Linda is loved by our customers and is often sought out by our regulars. She enjoys her time with her family and pets and her love of gardening is nurtured in her time off. 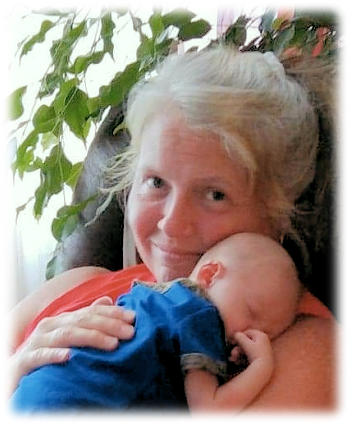 Delores Kincer (The other Lori)

Delores was hired in May of 2018 to handle the transition in to this century with marketing and social media. When she isn’t tending to those tasks she is likely in the nursery getting dirty. Delores enjoys her time off with her family and her new grandson, and can often be found with her significant other, Matt, on the water with a fishing pole in hand. 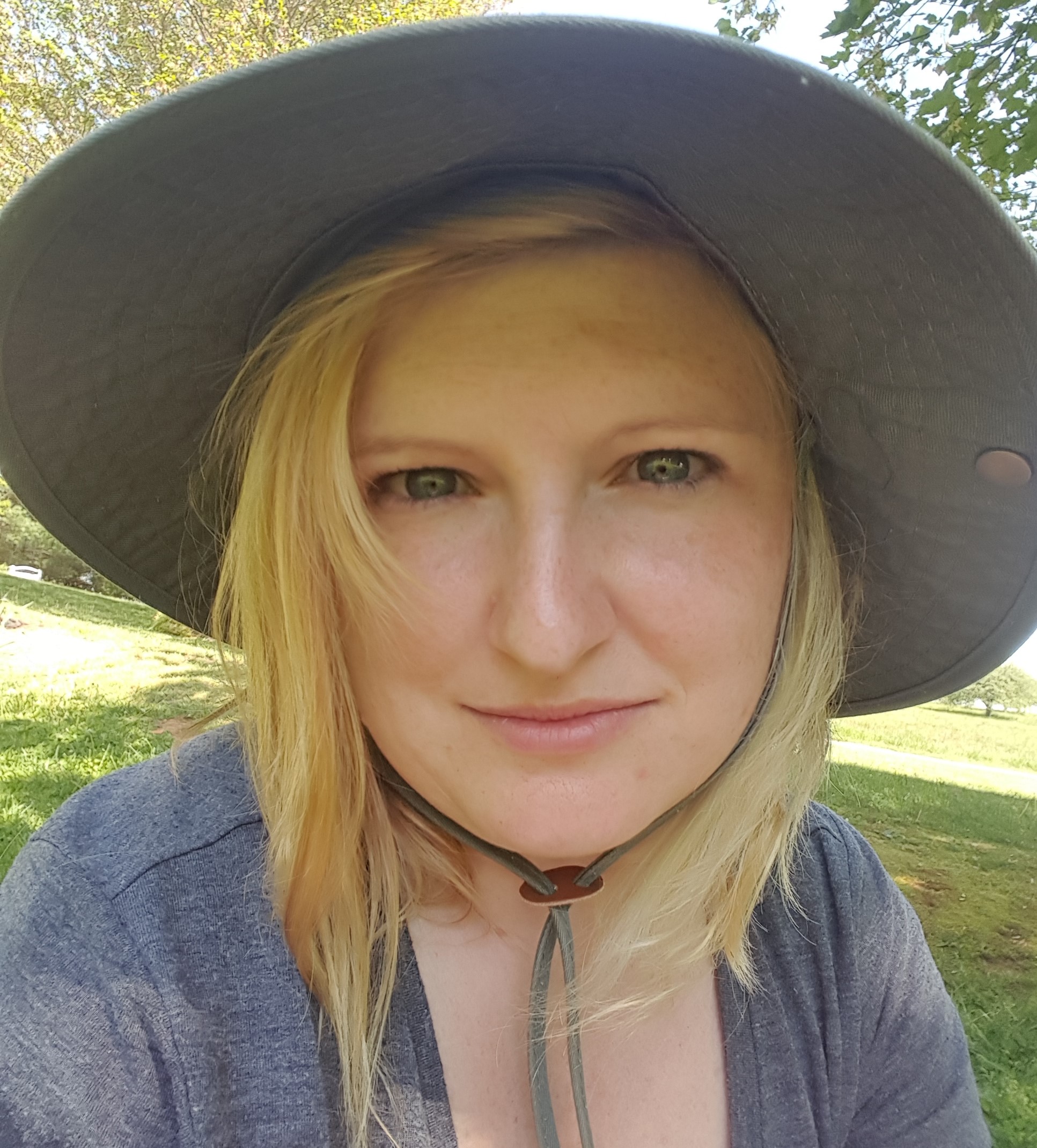 Jennifer came to us in the spring of 2019 as seasonal help. We were so impressed with her ability that we brought her back full time in the fall of 2019 as a Grower Assistant. Jennifer has a BA in Business from Gardner Webb University. She also has over 18 years of customer service experience. Along with holding the title of 'Live Nursery Specialist' for Lowes, she held a management position at Riverside Builder Supply where she also oversaw live plants.  Jennifer loves spending time with her daughters Darcy and Jozy and their spoiled Boston terrier named Milo. When she isn't working she enjoys fishing, gardening, and reading. 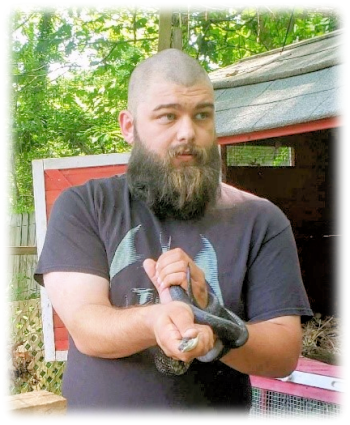 Kenny was brought into the operation as a maintenance tech. Not only has he been an integral part of maintaining the existing fixtures, he has also been helping with our expansions. When he isn’t working he enjoys gaming and the outdoors. He comes from a very large family and actually spent time as a commercial fisherman. He has quickly become the resident comedian. 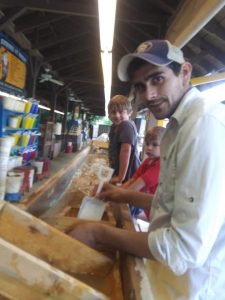 He comes to us as a grower assistant.

He and his wife have purchased a home in the area for themselves and their three children. We wish them well as they are beginning a new chapter in their lives.

Tony enjoys being outside and makes Salsa in his spare time.